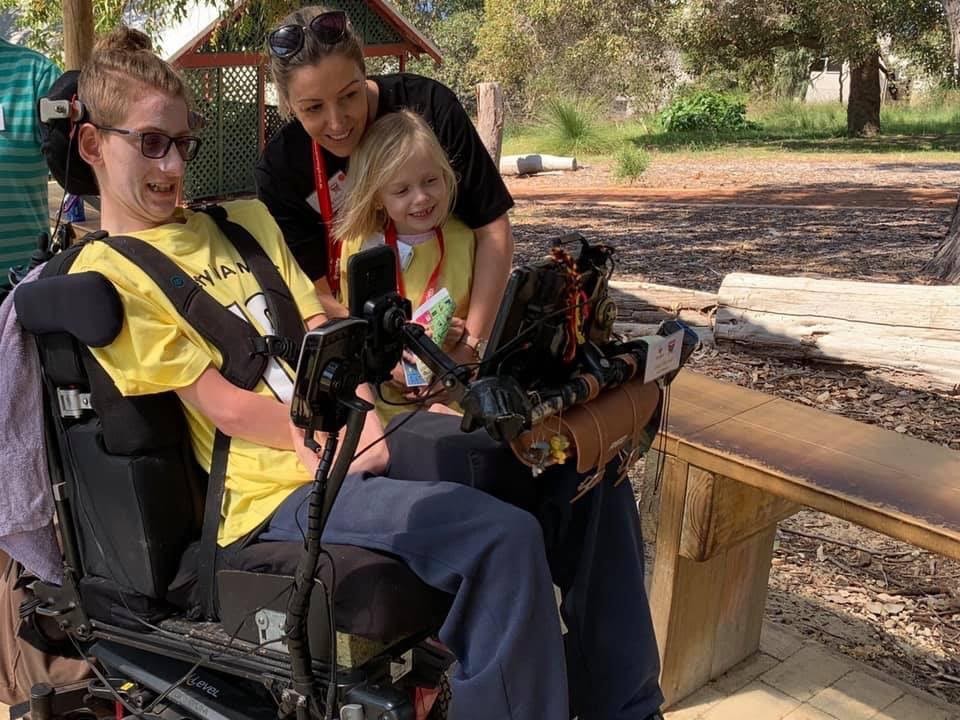 Hey everybody, my name is Joseph Harrall although I am better known as Joey.  I just became an AAC mentor and Ambassador for Liberator's Western Australia team.

I love every type of technology as, without it, I would be nothing. However with it I can do everything else that everybody does.  I do not like to be called "normal" because if everybody was "normal", the world would be really boring I think. I believe it is okay to be different.

Mentoring found me in a funny way as it just hit me when I was at my first Motor Mouth Camp.  I was nervous of being there and I was trying to keep to myself so I was playing on my phone. I think that I was playing SimCity but somebody saw me playing with my phone so they took my phone off me!  You could think of this person as being a mother to me.  Then I met two people who played an important part of opening my eyes to the AAC mentoring world.  The first-person (KS) walked up to me and started trying to talk to me however I think that I blew KS off although she kept trying throughout that weekend to change my mind to become an AAC mentor.  Then she called over Mel Smith who is an awesome AAC mentor to chat to me.  Things started clicking inside my head after talking to Mel, but I was still not keen to talk to people.  I was just eighteen at the time and I had not spent much time with like-minded people who could use AAC like myself.

Yes, I lived under a rock for most of my life.  People started talking to me and at first, I was shy but like pulling off a band-aid it is better to do it fast than slow, so I took the jump.  I'm not going to lie, I was pretty bad at talking to new people at that moment of time then after the camp, Mel started mentoring me to develop my skills and now I work beside Mel at every Motor Mouth Camp.  I also did some additional training and completed Certificate IV in Assistive Technology Mentoring.

Here is my meaning behind being an AAC mentor. It is about having the ability to talk about things with somebody who has been through similar living experiences as you. This is so important to become better versions of ourselves.  Mel and I talked about everything and anything that came into our heads because there should be no limits on what you can talk about with a mentor I believe.  People think that an AAC mentor can only help somebody with their AAC device however a mentor can support you to do anything.  There is one more thing that people miss when they are talking to a mentor like myself. People think that I am only there for the AAC user which is not actually the whole truth.  I can also be there for the parents, the sisters or brothers of the AAC user, teachers and speech pathologists.  You do not have to ask me questions about AAC really.  You can ask me questions about anything and I always say this at every camp no question is stupid to me because it is okay to ask questions. We are always seeking knowledge.

I often see people wanting to ask me something however they do not ask. Maybe they think that they might make me upset by asking the question.  I don't mind if they ask but I do know some people who don't like to be asked certain questions which is okay.  However, most people that I know don't mind if somebody asks them a question.  I look at answering questions as a good thing because we can learn how to change through others experiences.

I want to hear from you.  What does a mentor mean to you?  You can email me your thoughts at joseph.aacmentor@gmail.com

Thank you for reading