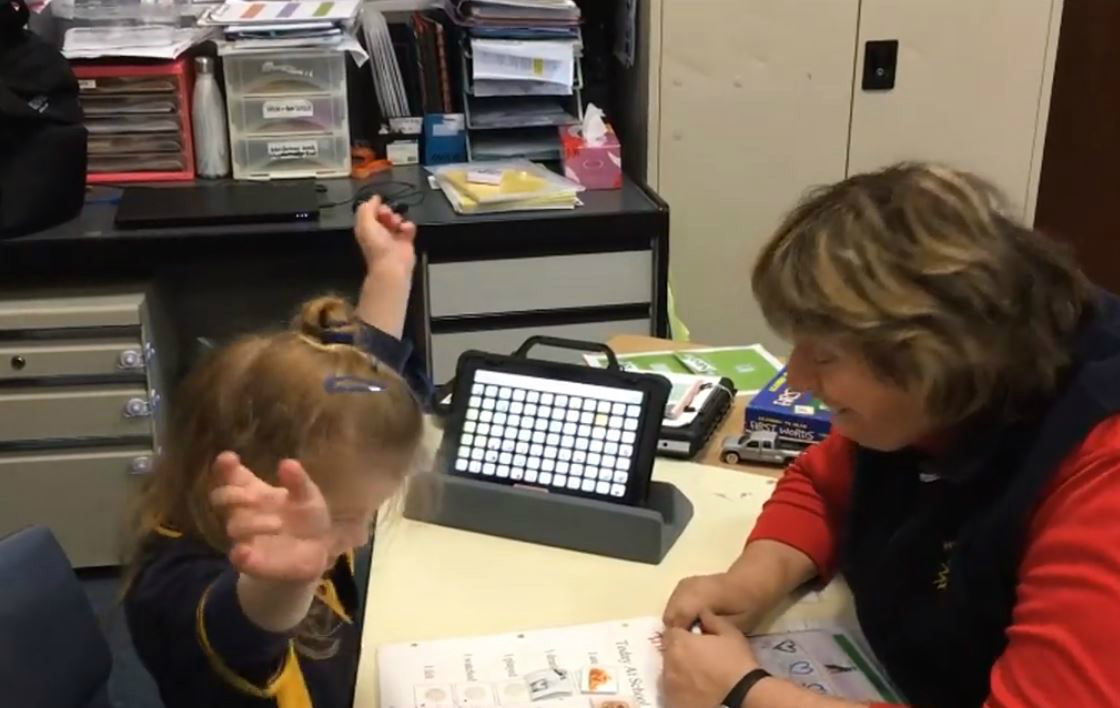 Trinity uses a Chat Fusion device with LAMP Words for Life. Read about her amazing progress!

Most parents of non-verbal children with ASD are aware of the statistics in terms of their child’s likelihood of talking.  So although always hopeful that our daughter may talk one day, we were also realistic and never let this to limit our daughter’s progress.  When her expressive development using another communication app became stagnant, our daughter was introduced to Liberator ChatFusion with LAMP WFL in her first year at school and this is when we started to see real progress. We witnessed her expressive communication improve dramatically which resulted in many benefits such as a decrease in negative behaviours due to her inability to adequately express herself.  Then, after approximately 4 months using her own ChatFusion, she started communicating some single words verbally, with the back-up of her SGD.  Several months later, she can now speak some 3-word phrases which is amazing progress. She’s living proof that using a SGD does not stifle the ability to become verbal, rather it greatly assists.  Even now, when she has difficulty in verbally expressing herself, she turns to her device to communicate.

As a parent of a child with ASD, it’s the little things that are rejoiced in a big way and you can never ever put too much weight on how important it is to hear your child express their feelings.

When Trinity began school she had 2 functional requests using her iPad communication app and some vocal babbling.  She received a ChatFusion with LAMP WFL 9 months later and in less than a year learned over 50 independent single word requests!  Her vocal skills have also increased and she has over 15 single word vocal approximations.  She is attempting to vocally imitate most words she hears now!  Outside of requesting, she is labelling pictures of nouns and verbs and answering “what” questions with her device.  Her device has given her increased access to literacy and numeracy skills.  She can label letters, letter sounds, and numbers.   She’s verbally attempting to read words out loud, her phonological awareness is improving, and her literacy skills appear to be another gateway to accessing clear speech.  She is a social butterfly and loves to interact and imitate her peers!