When should you start using high tech AAC? 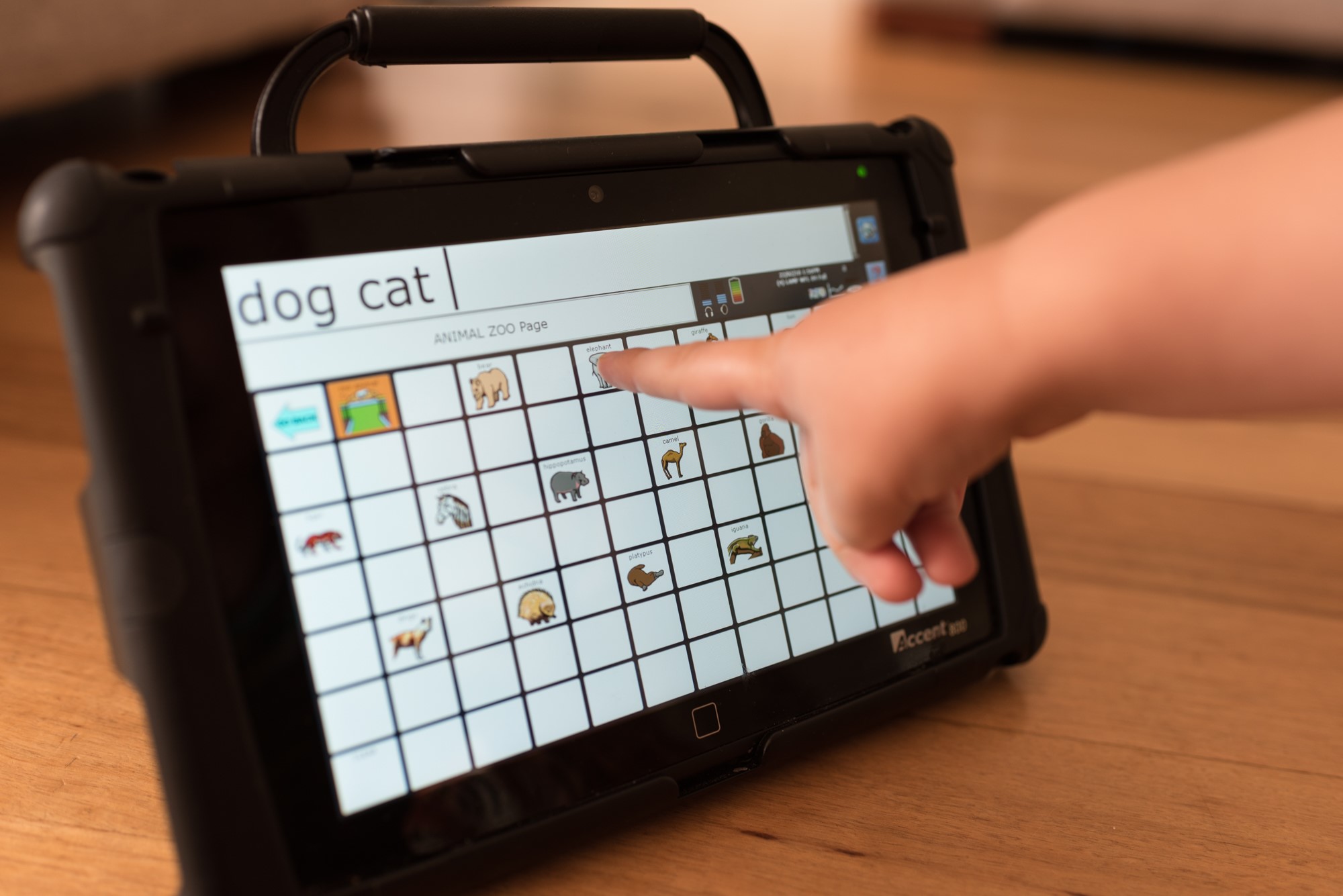 Let me tell you about Alec. Alec is a 5-year-old boy with autism and it was clear that his communication skills were considerably below that of his peers.

Alec spent his first few years of life like most other children but with one main difference. By the time he was 3 years old, Alec was only saying single words and had only a small expressive vocabulary. His receptive vocabulary, although delayed, was much better than his expressive and he could understand and follow much of what was spoken to him.

By this age, mum realised that Alec’s language skills needed to be worked on and with only a few years before school they started speech therapy.

Extensive work was put in over a year and a half and by the time Alec was four and a half he was saying short phrases, 3 words in length. He could use his limited yet developing language to get what he wanted, to name and label and to protest when his older sister was picking on him “stop that!”.

When Alec eventually went to school at age 5 he was able to communicate with peers, but not nearly at the level of language use his peers were using. Alec would often fall behind in conversation and his relationship development with his peers suffered for it.

Should Alec be using AAC?

This is a common scenario and if you work with children you are likely going to come across it. You may be a parent and find that your own child’s language skills are similar to this.

To answer this question let’s consider a few things.

With these questions we know that to give Alec the best chance of communicative success and positive peer relationship development, he needs extra support to communicate. High tech AAC is a real option that should be considered.

The reason why we want to get in now with high tech AAC at the very least is that it has been well documented that children up to the age of seven have an amazing ability to soak up language. It is this seven year period where so much language development takes place.

We want Alec to have the same opportunities to practice communication even if it is through the medium of an AAC device. We want him to practice using language to create longer and more complex sentences, to experiment with words, to be able to request, protest, tease his friends, crack a joke and to comment about how much he loves something. If that has to be achieved through AAC then that is better than him not having those opportunities whilst he is receiving speech pathology intervention without a speech generating device.

Are you concerned that an AAC device will stop your child from communicating verbally? The evidence is out and it is clear that a speech generating device implemented from an early age will not stop your child from talking verbally. Rather, signs so far point to it increasing the likelihood of your child producing verbal speech. For information on current research feel free to check out: https://liberator.net.au/support/resources/research

So, Alec should ideally be using some kind of AAC. That’s great to know, but imagine if he received speech pathology intervention with a speech generating device at the age of 3 rather than four and a half.

If this were the case, what we would likely see is that firstly, Alec’s expressive language skills would be more developed. Secondly, he could use these extra expressive language skills to better engage with his peers when he starts school. This would offer him an increase in communicative opportunities and a greater chance of developing and maintaining positive peer relationships.

We want everyone to know that starting with the use of high tech AAC when children are very young provides them with the greatest chance of developing better communication skills later on in life and that speech pathology intervention at early ages can and ideally should include AAC.

For further information about what AAC is and why it is important you can head to www.exploreaac.com or check out our news page that will give you a glimpse into the wonderful resources that ExploreAAC provides.