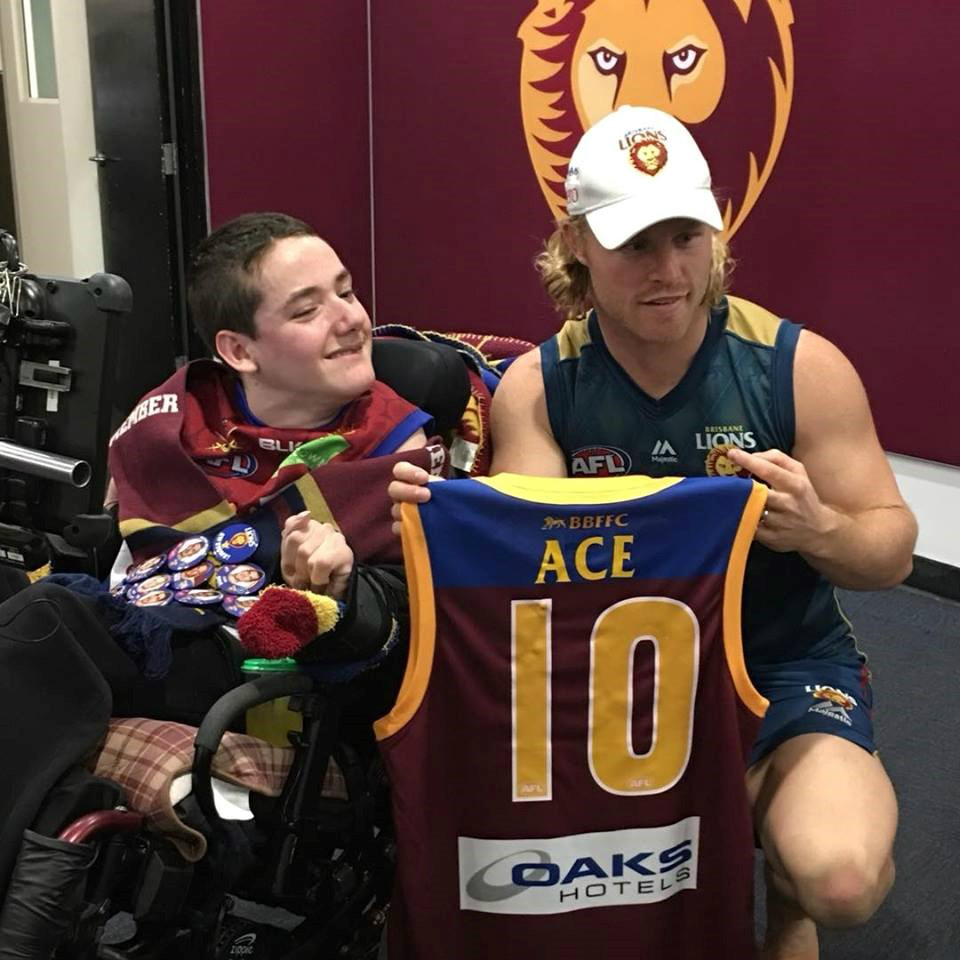 Ace uses an Accent 1400 with Unity and he put together this post where he describes his amazing opportunity in meeting the Brisbane Lions.

My mum, dad and I drove up to Brisbane over three days. We left on the first Monday of the school holidays to be up in Brisbane on Thursday morning to watch my lions train. The drive wasn’t the most fun I had ever but it was so bloody worth it when we got to Brisbane. I really felt like I came home at long last.

On the Thursday was when I went into the lion den and met the whole pride. I was presented my very own Brisbane Lions jersey with my name on my jersey presented by my very bloody favorite player ( Daniel Rich ) while everyone else was looking on. I really thought I was going to have a full on heart attack, I was that bloody happy, I was that bloody happy and overwhelmed. I was so lucky because the Lions treated me like I was family. After I was done telling them to show Carlton no mercy and after I was done making them all die from laughing by saying to Daniel Rich that he looks very much like Thor. I got to cheer them on while they train on the interchange bench.

On the Friday I just thought it would just be a little something that I would be in there for a few minutes and then out but I was so wrong. Friday was a Captain’s run, it is when the Brisbane Lions’s Captain ( Dayne Zorko ) puts his team through a 15 minute drill. I watched the drill and then to my surprise the Brisbane Lions wanted to show me over their rooms and what goes on behind the scenes, let me tell you there is a butt loads of work which you will never see. Daniel Rich even signed a ball while he was in the middle of having a nice relaxing massage.

The Couch On Thursday I was on the interchange bench watching Brisbane Lions do their Captain’s run when I was approached by Josie Fielding. She does the Weekly Updates for Brisbane Lions. Josie asked me if I would like to do an interview on the couch before the game and of course I said yes.

Q)        How did you become such a passionate Brisbane fan?

A)        My favorite player is Daniel Rich because he is a God of football in my eyes and I just love him so much.

A)        Lions need to control the centre bounce, keep the ball in our forward 50 and show them no mercy. 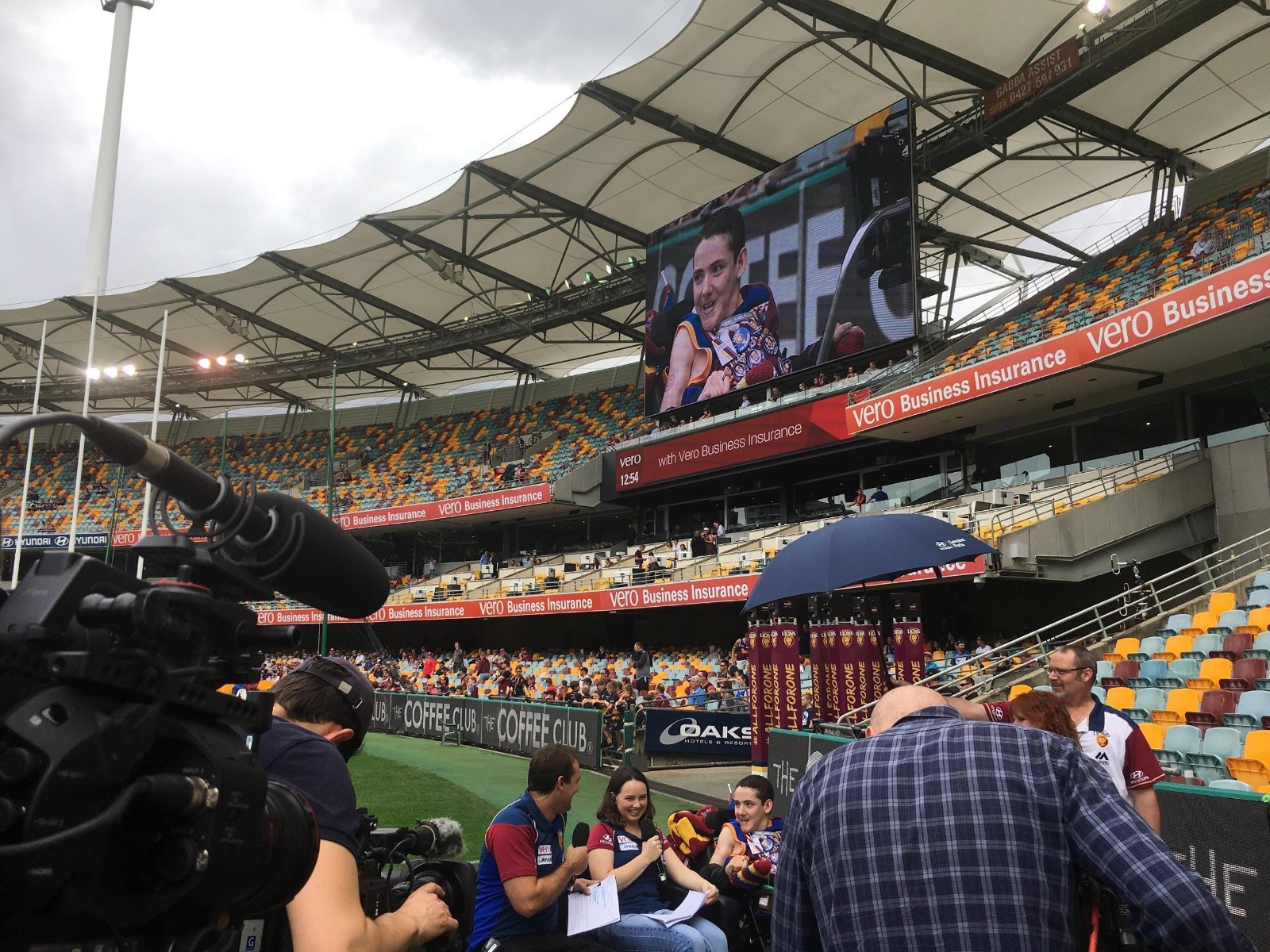 Coin toss On the Friday when my mum, dad and I was getting shown around the rooms. The Captain ( Dayne Zorko ) came up to us and asked my mum to do the coin toss and he gave her the coin. My mum almost needed an ambulance because she wasn’t expecting it. Of course my mum said YESSSS and she was really really paranoid about losing the coin all day and all night. On the game day my mum was so nervous because first time in her whole life she wanted Brisbane Lions to win the toss against her team ( Carlton ) and we won the toss and the game. 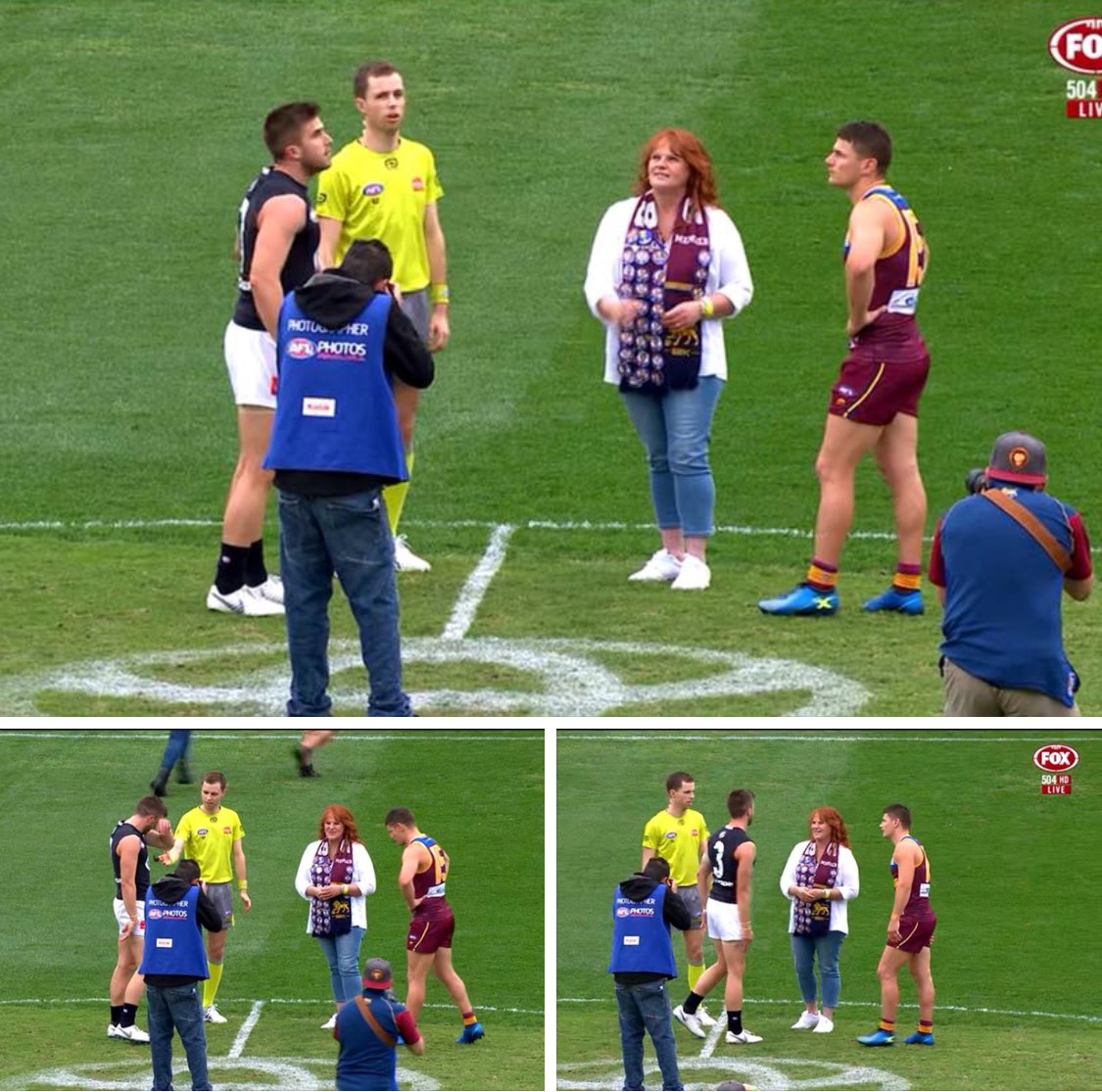 Game day This day was my favorite day because it was everything I was wishing for and way bloody more because before the game even started I got to meet a long life hero which was the one the only Jonathon Brown. He was so so nice like everyone else I have met up in Brisbane. After we got off of the ground from doing the coin toss and mind you all of the Brisbane Lions fans were cheering me on, after I did the interview but like I was saying when the coin toss was done we got to go into a VIP box it was bloody awesome. After Brisbane Lions smashed Carlton we got to go down into the rooms to watch them sing the best song ever and it was amazing!!!! 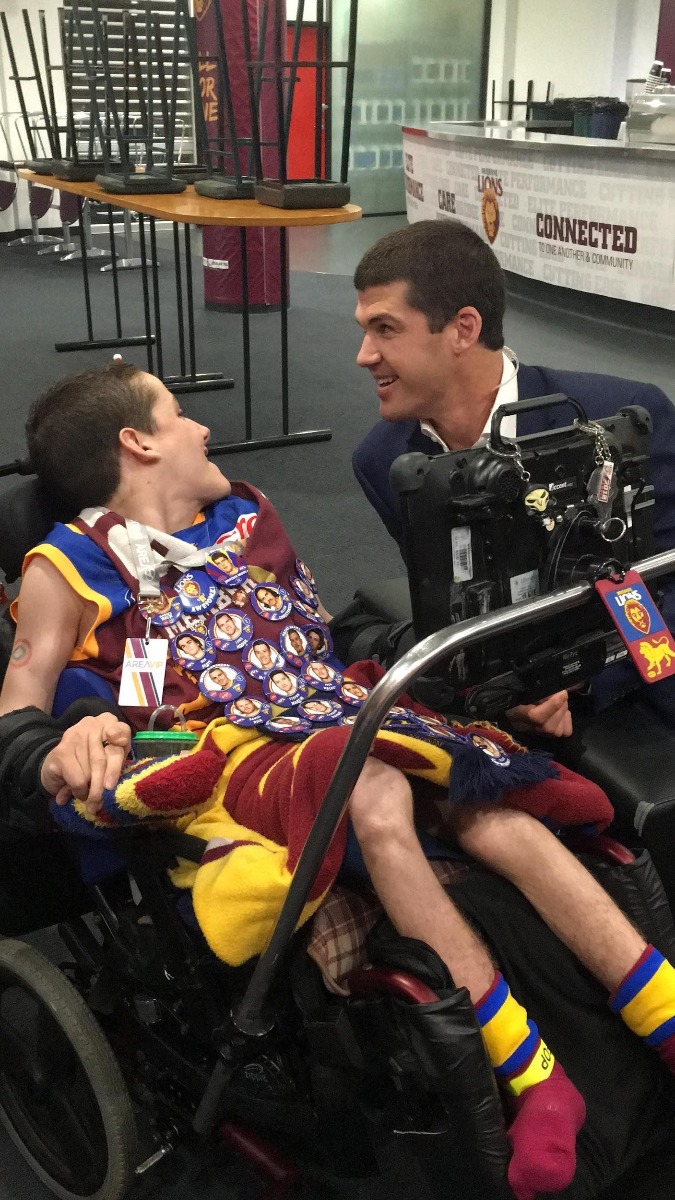